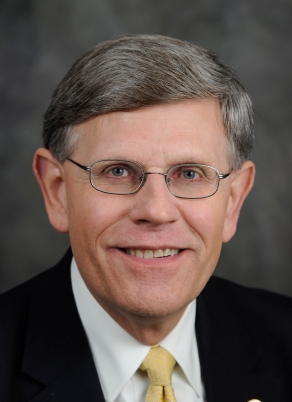 I’ve been interested in who would fill the position of Science Advisor to Donald Trump since I posted this article (on LinkedIn) a year ago. Kelvin K. Droegemeier (pictured [1]) was confirmed by the Senate Commerce, Science, and Transportation Committee to be the Head of the OSTP. However, he still has one final hurdle of approval by the full Senate to overcome later in the year. I’ve been reading about him, his scientific background, his career, and religious convictions. He reminds me a lot of my late father-in-law, both in the resemblance of his photograph and in aspects of his character. I’m hopeful that he just might be the voice of reason in that America needs in the White House right now. I’ll tell you why later in this article.

The office of Science Advisor to the President dates back to World War II under Franklin Delano Roosevelt. It was first instituted as the Office Scientific Research and Development (OSRD) and chaired by Vannevar Bush until 1951. Under Harry S. Truman, from 1951, it became known as the President’s Science Advisory Commission. (PSAC). Under Dwight D. Eisenhower in 1957, the PSAC was moved to Washington where it was instrumental in advising the president on the so-called “Space Race” in response to the launch of Sputnik I by the USSR.

The current Office of Science and Technology  Policy (OSTP) came about after Richard M. Nixon scraped the PSAC after the second Science Advisor that he appointed, Edward E. David Jr, resigned. In 1976, under Gerald R. Ford Jr, the OSTP was established to advise the President and executive officers on a broad range of science and technology issues. After Nixon, the office of Science Advisor became a very political one;  with something of a wary divide between most presidents [2] and their advisors.

Indeed, Edward David, himself, said: “Science and politics may meet in the White House … but they don’t mix well [3].”

A similar wariness has existed between President Donald J. Trump and the OSTP. The office of the Science Advisor has remained unoccupied for the last 20 months. However, on 1 August, Droegemeier became the Presidental nominee for the position  The nominee has appeared before a Senate committee, hearing on 23 August where his nomination was confirmed by a vote of the same committee (on 5 September).  The last hurdle is for the Senate to approve the nomination.

In an administration that has rewritten so many of the rules, in this case, we have a scientist appointed as science advisor. Furthermore, his posting has been widely applauded by the scientific community A welcome piece of calmness in a stormy sea of controversy and division on so many other issues confronting this administration.

The Droegemeir appointment is a bit of a departure from the tendency to appoint physicists in this office but a scientist from a more applied field is welcome, especially as his field is predicting extreme weather. If the current national pattern of severe and costly hurricanes, floods, droughts, and forest fires continues, then he’ll be kept very busy on policy for these matters alone.

Dr. Droegemeir is no stranger to politics of both colors having served previously on the National Science Board (which controls the National Science Foundation) under both George W. Bush and Barrack Obama. But according to John Holdren, the previous science adviser to Obama, the biggest obstacle is the President himself:

“He will have many challenges in his new post, not [the] least of which that there is no evidence President Trump is interested in science” [4].

Certainly,  Droegemeier is late to the party and its difficult to see how much headway he can make in the time remaining for the current administration. My hope is that he can bring the argument of the “miracle machine” of innovation that he wrote about, with Daniel Reed, in the Des Moines Register [5].

In that article, the authors point out that science and technology innovation has generated more than half of US economic growth since WWII. They also point out the danger to the US economy of falling behind to other nations, if investment in science and particularly, basic science, is not competitively maintained.

If Droegemeier can advance the cause of funding for science and technology with the current administration, then his time in the White House will be well spent.

As two of the other candidates previously considered for the role of science adviser were Yale Professor David Gelernter (a doubter of the effects of climate change) and Princeton Professor William Happer  (a well-known contrarian on climate change), the question that is most often asked is “what stance will Droegemeier take on climate change whilst at the White House?”

Indeed, Droegemeier has been criticized by both Science [6] and Nature [7] for ducking the question of climate change, at his nomination hearing, when it was raised by Senator Ted Cruz. I think it’s very likely Droegemeier was just being truthful because in his mind, as a weather modeler, weather and climate are distinctly different things. Anyone asking that question of him is displaying that they don’t understand the difference between weather and climate.

Given how politically charged the subject of climate change is with the current administration, I would highly doubt that Droegemeier will be able to exert much influence at all.  What I do think is needed is some kind of recognition from the President that thinking about science requires a different skillset than thinking about politics, government, business or more mundane issues. As the late Carl Sagan said, with typical succinctness:

Science is a way of thinking much more than it is a body of knowledge.

President Trump likes to “shoot from the hip” and no issue seems out-of-bounds when it comes to offering his opinion. When it comes to science, he just doesn’t have the thinking skills required and “winging it,” as he likes to do, makes him look foolish.

He should stick to doing what other President’s have done: rely on the experts that they appointed to give you their best advice. If Kelvin Droegemeier could convince President Trump to do this, at least for some science and technology issues, it would be a major step forward.

As to getting the administration to reconsider signing the Paris accords, that’s going to take a lot more than just one man. It’s going to take all our efforts, all those who call themselves scientists, both inside and outside the US, to make ourselves known.

Edit: As of 2nd January 2019 Kelvin Droegemeir was formally appointed as White House Office of Science and Technology Policy (OSTP) as reported in ChemistryWorld.

[1] The photograph has been sourced from WikiCommons and originates from a National Science Foundation (NSF) online publication.

This site uses Akismet to reduce spam. Learn how your comment data is processed.